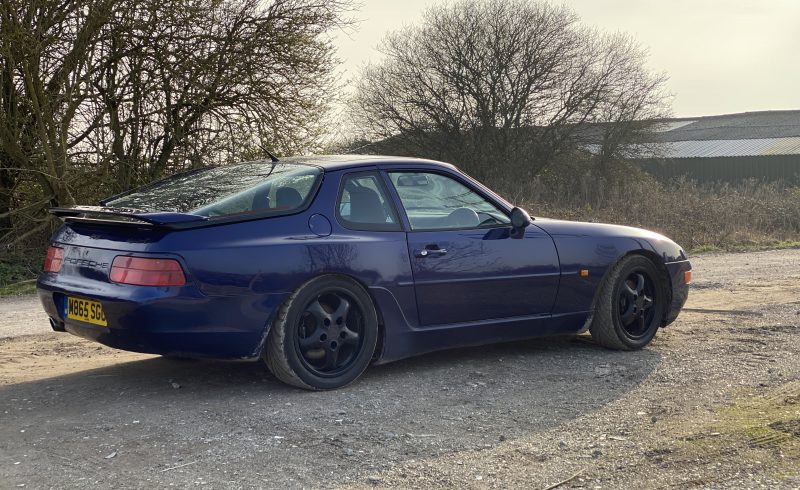 The 944 was widely admired for its sports car handling – thanks to its near-perfect 50:50 weight distribution – and by 1992 it had evolved into the 968. Even though the external look was very similar, Porsche had actually swapped out around 80% of the earlier car’s components to create the 968.

Like its predecessor, the 968 could be bought as a coupé or convertible and all were powered by a naturally aspirated 3.0-litre engine that developed around 237bhp.

Although the Clubsport was the ultimate performance variant of the Porsche 968, with lower stance and a wider track, its stripped-back interior and reduced equipment levels didn’t make it commercially attractive and sales were poor.

So in 1994 and 1995 Porsche GB offered the Sport edition, which retained the mechanicals of the Clubsport but added back some of the luxuries like electric windows and central locking as well as fitting “comfort” seats up front, and restoring the rear bench seat that the Clubsport did without. This UK market special proved a master stroke and the Sport outsold the standard 968 by almost 8 to 1 in those last two years of production.

This 968 Sport was first registered in early December 1994 and has spent most of its life in the Dorset area with just four registered owners.

The Iris Blue finish on this car isn’t exactly rare, but it is much harder to find than black, white or Guard’s Red and is a welcome change from those more common colours. The paint and bodywork appears strong and straight with very few flaws aside from a handful of stone chips on the front bonnet lip.

The car sports 17-inch Porsche Cup 2 alloy wheels, which are likely to be original but have since been repainted black from their factory silver. Eagle-eyed viewers will also notice that the car sits a little lower than standard as it has been fitted with adjustable coil-over suspension all round.

Inside, the black leather trimmed Recaro race seats have 968 embroidered into the head rests and are in pretty good order, with just a little of the stitching coming away on the driver’s side. The rest of the upholstery has no evident damage or wear beyond the patina you’d expect with the mileage.

The 968 Sport has a current MOT valid until July 2021, which it passed with advisories on the tyres and a few other minor niggles. The online history shows that the car has been on and off the road a few times in the last couple of decades but the owners have always done whatever needed doing to return it to roadworthy condition.

The car comes with a file containing numerous expired MOT certificates and invoices including nearly £2k spent over the last few years on servicing and to investigate and rectify electrical faults and coolant leaks.

Back in 2003 a custom-made stainless steel exhaust system was fabricated and fitted at the cost of £1,272. A few years before, all the belts were replaced and the engine’s ECU was remapped and dyno tested; measuring 237bhp at the flywheel and 199bhp at the wheels. That shows that the remap restored pretty much all of the power that the engine had when new.

Whilst prices of good Clubsport examples have now risen out of reach of most enthusiasts, the canny buyer is going after the equally capable 968 Sport, like this one. They share the exact same chassis, were built on the same production line and even have the same chassis number sequencing as the Clubsport, but they do it with a whiff more comfort thanks to the folks at Porsche GB really knowing their market.

This car is known to us here at That’s Classic and although the speedo doesn’t currently work we know that the owner doesn’t drive it a great deal as he’s always working – it’s covered no more than 100-150 miles a year for the past 5 years.

This is a great opportunity to own an example of what was the final incarnation of Porsche’s front-engined transaxle model line up, and the pinnacle in terms of handling and refinement.

The 968 Sport runs and drives very well but isn’t perfect everywhere, so it offers the new owner a chance to add value and put their own mark on the car with a bit of tinkering and fettling.