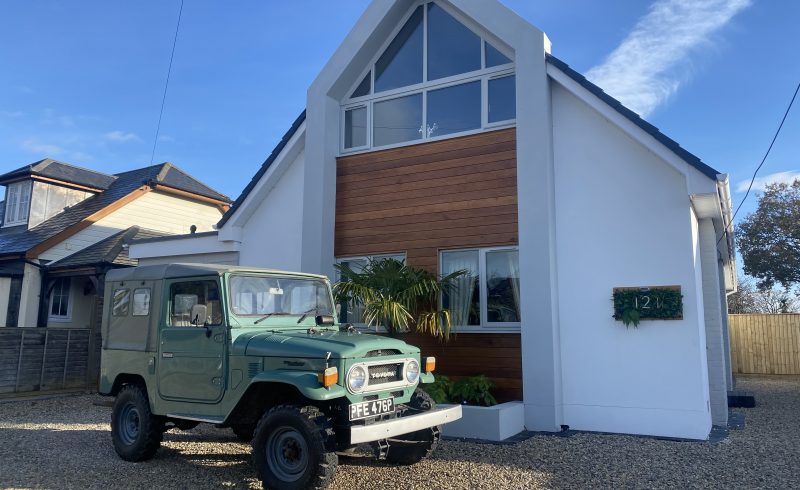 The classic J40 series Land Cruiser was launched by Toyota in 1960 – continuing their successful line of utility vehicles that can trace their origins right back to a US Army Jeep captured in the Philippines during the Second World War.

With the J40, Toyota introduced low-range gears in addition to the main transmission and a new petrol engine, the 3.9-litre (3878cc) straight-six F series which delivered 125bhp and, more importantly, 209lb.ft of torque at just 2,000 rpm. This low-down grunt and extra gearing gave the new range of Land Cruisers true ‘go anywhere’ capability.

In 1975, the FJ’s engine was bored out to 4.2-litres (4230cc) giving a 10bhp increase in power with similar torque. Japanese production continued until 1984 when the much more modern-looking J70 series launched – although the Brazilian-built Bandeirante version continued until 2001.

Whilst understandably there’s a lot of love in the UK for the contemporary Series Land Rovers – elsewhere in the world it was the Land Cruiser that was first choice for exploring and conquering the wilderness.

This beautiful 1976 FJ spent the majority of its life in sunny Australia with a Toyota enthusiast who built up a small collection of classics, before being shipped to the UK in 2018 where it has remained with the current owner ever since.

With its short wheelbase and roll up/detachable canvas roof, this FJ40 offers fantastic fun in the summer, but the soft-top is so well fitting that you’ll stay warm, dry and draught-free in more inclement conditions too.

There is seating for three across the front and twin bench seats in the back giving room for seven in total. That might be a bit of a squeeze, and a lively ride for those in the back, but imagine the fun taking the family or a group of mates out for the day in such a cool classic.

The exterior bodywork is painted a classic Toyota light green and is in a good condition, as is the previously mentioned canvas hood. Inside might be utilitarian, but it’s all true to the original and in very good order

Mechanically, the FJ40 is sound. The engine starts and runs nicely, with the four-wheel-drive transmission working well across both ranges. Underneath, everything seems intact and undamaged with nothing more than a light surface rust on some components.

This FJ’s MOT expired in November having passed with no advisories previously. Although it’s exempt as a historic vehicle, it’s always a good idea to get an independent annual check.

In the two years of current ownership this FJ has had a considerable amount of work carried out including:

The Toyota Land Cruiser FJ40 is one of the most desirable and collectable classic off-roaders with a heritage on a par with its locally-built rivals but with an image that is way cooler! Maintenance is pretty straight forward too – Toyota are known for reliability – they are easy to work on, parts are plentiful and they are just so much fun to own and drive.

Please see the photos and full walk round video to follow. Come down and see us at our new unit… Many other classics in stock and new cars coming in all the time.